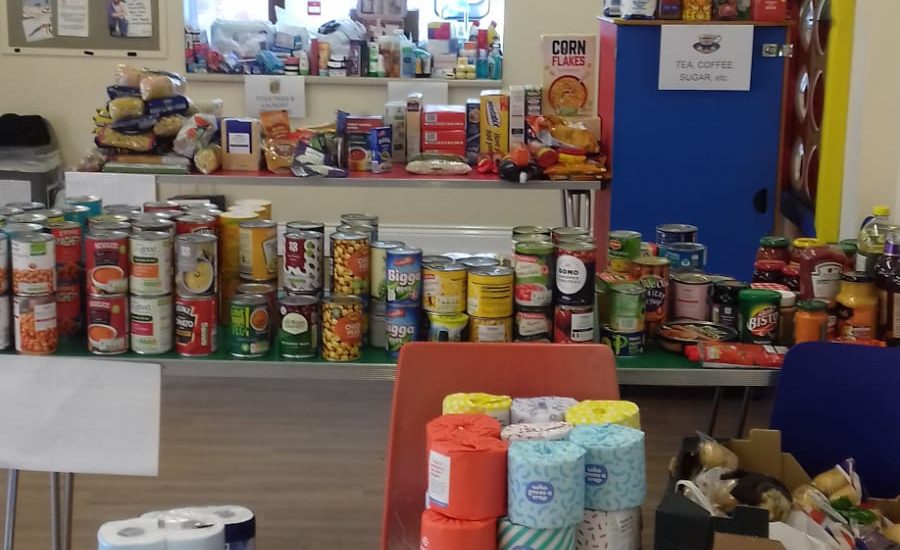 A group of local residents, with the support of St Mildred’s Church, Bingham Road, Addiscombe, set up a food collection bank for Croydon Voluntary Action and Croydon Salvation Army. A dedicated group of volunteers staffed the collection point for 4 hours a day, 5 days a week, for five months. Both Croydon Voluntary Action and Croydon Salvation Army have thanked Addiscombe Mutual Aid group, volunteers and the residents who donated a large quantity of food during the five-month period. Croydon Salvation Army said that as a result of Addiscombe’s effort they were able to increase the number of food parcels for Croydon from the 2019 yearly total of 1400 food parcels, to nearly 2000 food parcels by the end of August.

At the end of August 2020, with many volunteers going back to work, it was decided to end this local effort and support the one-tin campaign, which is championed by Croydon Mutual-Aid Group, in which resident can agree to host a food donation wheelie bin in their front garden or at a community centre. To volunteer to host a bin you can contact Croydon Covid-19 Mutual Aid by emailing [email protected] or sign-up via a google docs link.